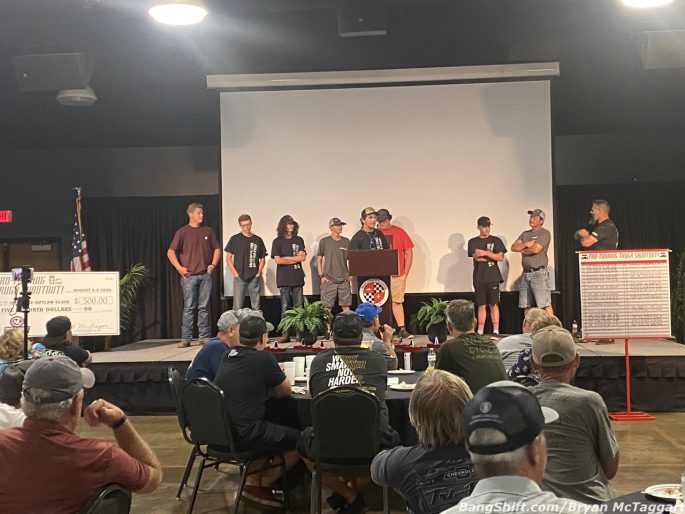 A day filled with pickup trucks that can run rings around a lot of performance cars, out in the beautiful sunshine, with a track day going on in the background just for good measure…the Pro-Touring Truck Shootout event was a blessing. And a miracle to pull off, if you really think about it. With everything going on in the world, and many not sure about coming out of their houses or leaving their towns, seeing this event run like it did was highly impressive. Drivers got their laps in, trucks proved their mettle, rubber was burned, cones were killed…it was just a great day. I could stop there and have explained it all, but that would be boring. And it wasn’t all of the story, either.

Part of the press kit was a ticket to the awards dinner that was held in the conference room of the National Corvette Museum that night. While scarfing down some excellent food (hats off to the caterers!) we were treated to Arnie as he went through details of the show. Those kids you see on-stage are a team that took a ran-down V6 GMT400 truck (it’s the gray one with the StreetTrucks logo down the door) from nothing to something, and then they took turns ripping it around the course, going after each other’s times. It’s a high-school project deal and it’s cool to see that kind of program existing at all in today’s world, COVID or no COVID.

Afterwards, the final surprise for us was a free pass to roam the Museum. Every now and then I’ll stop in for inspiration, but Haley hadn’t been inside the museum since maybe 2011…at least, before the sinkhole opened up and dined on some rare and expensive machines in 2014.Between the work that was done, the new exhibits and the the new cars added, which included the mid and rear-engined Vette prototypes throughout the years, she had plenty to look at and at the end, we got to get up-close with the cars and art of Ed “Big Daddy” Roth, the Museum’s current feature. All in all, one hell of a day. 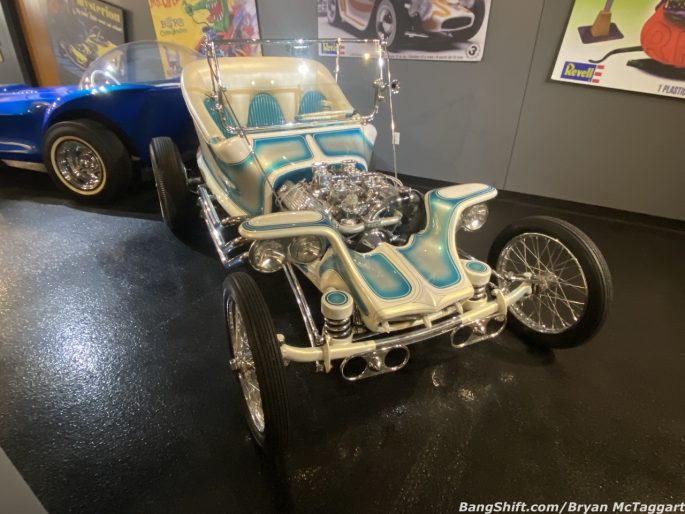 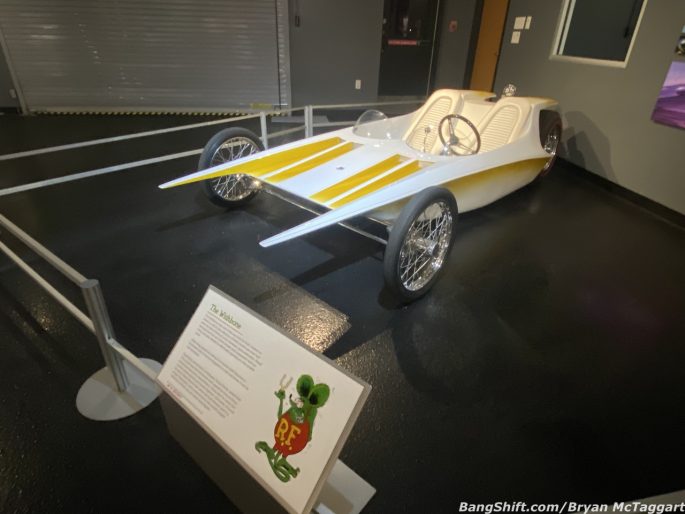 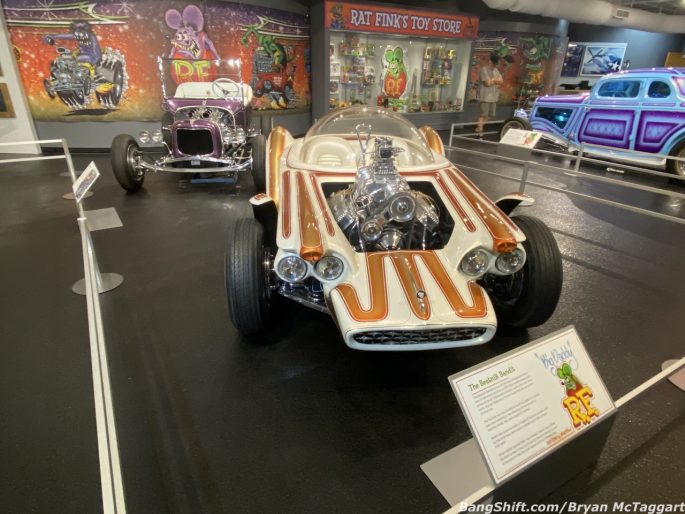 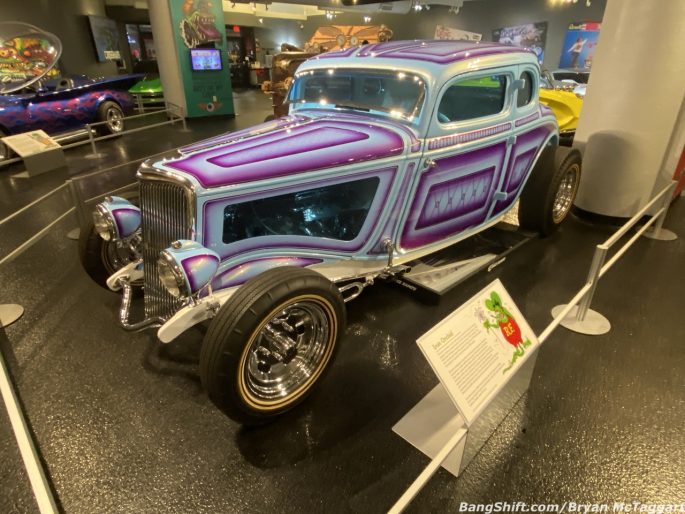 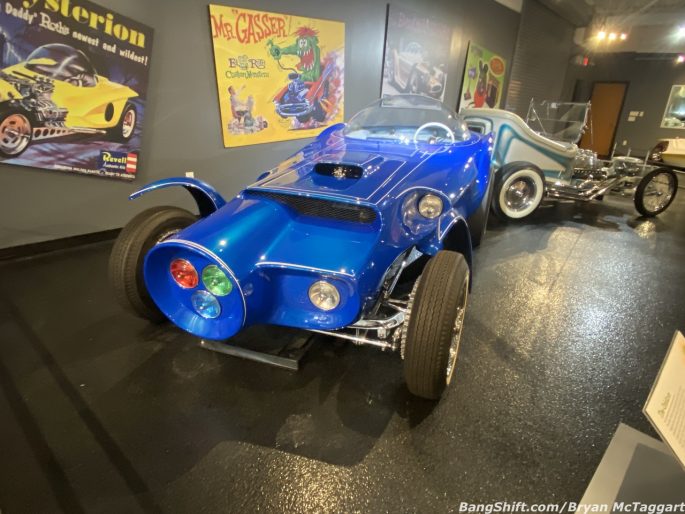 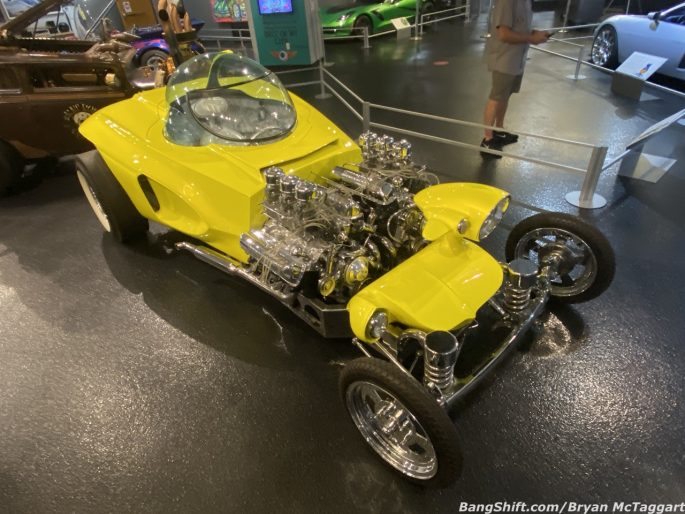 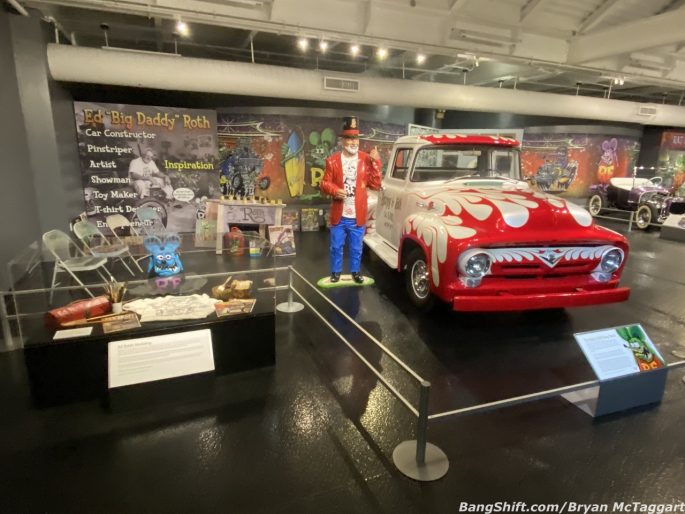 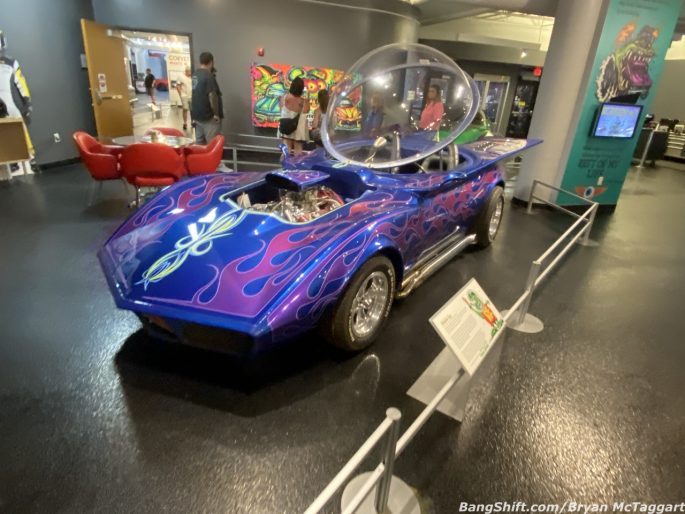 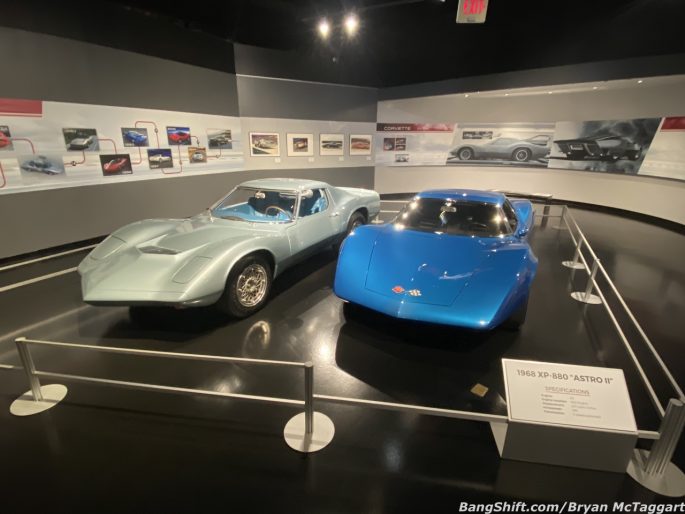 Be sure to click on a photo to see more from the Pro-Touring Truck Shootout!